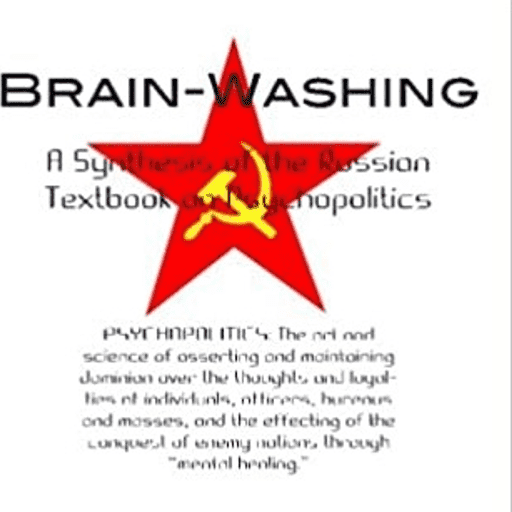 Brain-Washing: A Synthesis of the Russian Textbook on Psychopolitics

BRAIN-WASHING: A Synthesis of the Russian Textbook on Psychopolitics is a unique and historical instruction manual issued in training the practitioners of Psychopolitics in Russia before, during and after the Cold War. Few are aware how highly developed Russia had the art of mental manipulation. Soviet Russia had many colleges devoted to the practice and teaching of the dark arts. Today we see many inroads into our culture, our educational systems, our political structure, tax system, business regulations, gun control, medicine and many other arenas, that were engineered many decades ago by Communist regimes to destroy the American way of life. These infiltrations even today are very aggressive in completing the Socialist, or as described today in our political-speak— ”Progressives” agenda in further destroying of the American way of life. Nearly 100 years ago Soviet Russia saw the danger Christian Science and its practitioners represented to their wholesale take-over and subversion of the American culture. They admonished the Psychopolitician to spend fully 20% of their time specifically oriented in destroying and discrediting the adherents and practitioners of Christian Science—that is how successful they saw this metaphysical system of Mind-healing to be in thwarting their objectives. It is all here in this little volume. To read this is to know better how to resist, uncover and destroy the attempts of error and malicious animal magnetism as it would try and destroy this inspired nation, our freedoms and liberties.

Do you have questions about Brain-Washing: A Synthesis of the Russian Textbook on Psychopolitics?

Log in to ask questions about Brain-Washing: A Synthesis of the Russian Textbook on Psychopolitics publicly or anonymously.