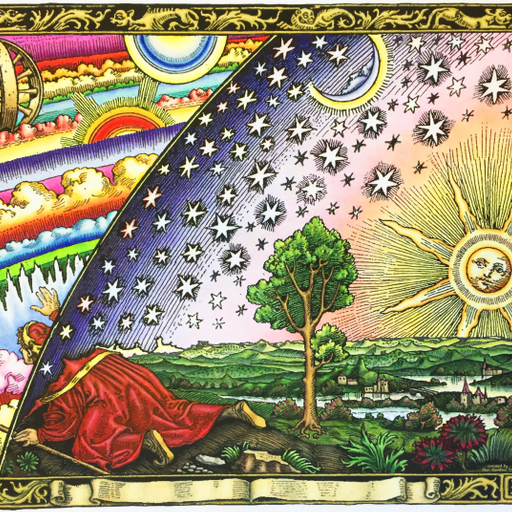 Gnosticism (from Ancient Greek: γνωστικός, romanized: gnōstikós, Koine Greek: [ɣnostiˈkos], 'having knowledge') is a collection of religious ideas and systems which coalesced in the late 1st century AD among Jewish and early Christian sects.[1] These various groups emphasized personal spiritual knowledge (gnosis) above the orthodox teachings, traditions, and authority of religious institutions. Viewing material existence as flawed or evil, Gnostic cosmogony generally presents a distinction between a supreme, hidden God and a malevolent lesser divinity (sometimes associated with the Yahweh of the Old Testament)[2] who is responsible for creating the material universe.[3] Gnostics considered the principal element of salvation to be direct knowledge of the supreme divinity in the form of mystical or esoteric insight. Many Gnostic texts deal not in concepts of sin and repentance, but with illusion and enlightenment.[3]

Gnostic writings flourished among certain Christian groups in the Mediterranean world around the second century, when the Fathers of the early Church denounced them as heresy.[4] Efforts to destroy these texts proved largely successful, resulting in the survival of very little writing by Gnostic theologians.[3] Nonetheless, early Gnostic teachers such as Valentinus saw their beliefs as aligned with Christianity. In the Gnostic Christian tradition, Christ is seen as a divine being which has taken human form in order to lead humanity back to the Light.[5] However, Gnosticism is not a single standardized system, and the emphasis on direct experience allows for a wide variety of teachings, including distinct currents such as Valentinianism and Sethianism. In the Persian Empire, Gnostic ideas spread as far as China via the related movement Manichaeism, while Mandaeism is still alive in Iraq, Iran and diaspora communities.

For centuries, most scholarly knowledge of Gnosticism was limited to the anti-heretical writings of orthodox Christian figures such as Irenaeus of Lyons and Hippolytus of Rome. There was a renewed interest in Gnosticism after the 1945 discovery of Egypt's Nag Hammadi library, a collection of rare early Christian and Gnostic texts, including the Gospel of Thomas and the Apocryphon of John. A major question in scholarly research is the qualification of Gnosticism as either an interreligious phenomenon or as an independent religion, with some[who?] contemporary scholars contesting whether "Gnosticism" is still a valid or useful category at all. Scholars have acknowledged the influence of sources such as Hellenistic Judaism, Zoroastrianism, and Platonism, and some have noted possible links to Buddhism and Hinduism, though the evidence of direct influence from the latter sources is inconclusive.[3]

Do you have questions about Gnosticism?

Log in to ask questions about Gnosticism publicly or anonymously.

Rev. Michael PaulSt. Michael's Ministry of Gnosis
Ministry Director
Posted 3 months ago
Gnosticism - Irenaeus and his Against Heresies - Catholic Orthodoxy vs the Valentinian Gnostics Gnosticism came upon powerful and sustained assault beginning in the 2nd century, most famously by Irenaeus and in Five Book "On the Detection and Overthrow of the Falsely-Called Gnosis" better known as simply "Against Heresies." In fact, prior to the discovery of the Nag Hammadi Library in 1945, Irenaeus was our only real insight into these ancient gnostic spiritualities. With Irenaeus becoming a "Doctor of the Church" just this year (2022) and Gnosticism a more popular religious movement than ever let's explore this most ancient polemic... (More)
Subtopics