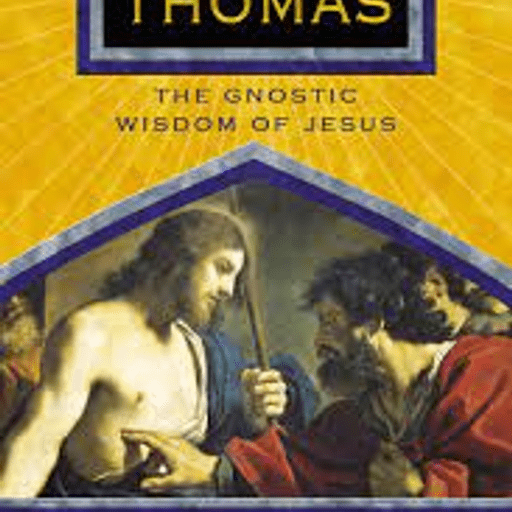 The Gospel of Thomas (also known as the Coptic Gospel of Thomas) is an extra-canonical[1] sayings gospel. It was discovered near Nag Hammadi, Egypt, in December 1945 among a group of books known as the Nag Hammadi library. Scholars speculate that the works were buried in response to a letter from Bishop Athanasius declaring a strict canon of Christian scripture. Scholars have proposed dates of composition as early as AD 60 and as late as AD 250.[2][3] Since its discovery, many scholars[who else?] have seen it as evidence in support of the existence of a "Q source", which might have been very similar in its form as a collection of sayings of Jesus without any accounts of his deeds or his life and death, referred to as a "sayings gospel".[4]

The Coptic language text, the second of seven contained in what modern-day scholars have designated as Nag Hammadi Codex II, is composed of 114 sayings attributed to Jesus. Almost two-thirds of these sayings resemble those found in the canonical gospels[5] and its editio princeps counts more than 80% of parallels,[6] while it is speculated that the other sayings were added from Gnostic tradition.[7] Its place of origin may have been Syria, where Thomasine traditions were strong.[8] Other scholars have suggested an Alexandrian origin.[9]

The introduction states: "These are the hidden words that the living Jesus spoke and Didymos Judas Thomas wrote them down."[10] Didymus (Koine Greek) and Thomas (Aramaic) both mean "twin". Modern scholars do not consider Apostle Thomas the author of this document and the author remains unknown.[11]

Because of its discovery with the Nag Hammadi library, it was widely thought that the document originated within a school of early Christians, proto-Gnostics.[12][13] Critics have questioned whether the description of Thomas as a "gnostic" gospel is based solely upon the fact that it was found along with gnostic texts at Nag Hammadi.[14][13] The name of Thomas was also attached to the Book of Thomas the Contender, which was also in Nag Hammadi Codex II, and the Acts of Thomas. While the Gospel of Thomas does not directly point to Jesus' divinity, it also does not directly contradict it. When asked his identity in the Gospel of Thomas, Jesus usually deflects, ambiguously asking the disciples why they do not see what is right in front of them, similar to some passages in the canonical gospels like John 12:16[15] and Luke 18:34.[16]

The Gospel of Thomas is very different in tone and structure from other New Testament apocrypha and the four Canonical Gospels. Unlike the canonical Gospels, it is not a narrative account of the life of Jesus; instead, it consists of logia (sayings) attributed to Jesus, sometimes stand-alone, sometimes embedded in short dialogues or parables; 13 of its 16 parables are also found in the Synoptic Gospels. The text contains a possible allusion to the death of Jesus in logion 65[17] (Parable of the Wicked Tenants, paralleled in the Synoptic Gospels), but does not mention his crucifixion, his resurrection, or the final judgement; nor does it mention a messianic understanding of Jesus.[18][19]

Do you have questions about Gospel of Thomas?

Log in to ask questions about Gospel of Thomas publicly or anonymously.