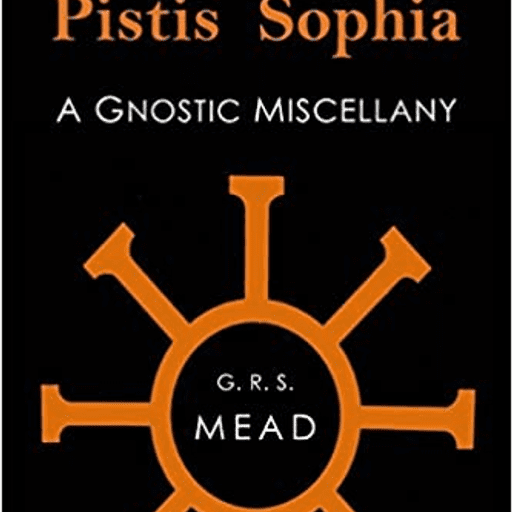 2018 Reprint of 1921 Edition.  Full facsimile of the original edition, not reproduced with Optical Recognition software.  This is a reprint of the new and revised edition undertaken by Mead in 1921.  This mysterious gospel is all the survives of the great Gnostic bible called The Books of the Savior. Gnosticism was the mystical religion which challenged early Christianity, and the Pistis Sophia claims to present revelations of Jesus delivered after the resurrection.  This secret doctrine of higher mysteries was said to have been taught by Jesus in the eleven years that followed the crucifixion.  It was for the apostles who were to spread the good tidings.  Gnosticism disappeared when the official Roman Church become firmly established and supplanted such similar rival doctrines.  These fragments present the story of Pistis Sophia as told by Jesus to Mary.  Pistis Sophia was led astray from here work and trapped by a jealous power in the realms of Chaos.  With great effort she is rescued through the works of Gabriel and Michael.  Long actively suppressed as heretical, this gospel is now made available again with a new foreword by the Publisher.

Do you have questions about Pistis Sophia A Gnostic Miscellany?

Log in to ask questions about Pistis Sophia A Gnostic Miscellany publicly or anonymously.