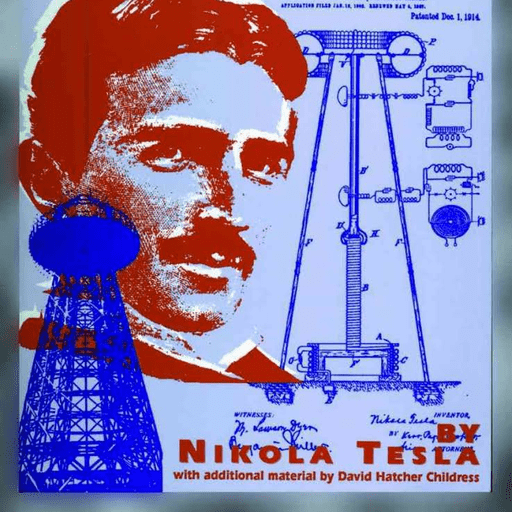 The Fantastic Inventions of Nikola Tesla

Nikola Tesla's Electricity Unplugged is a unique anthology of hand-picked Tesla articles, arranged historically, which presents overwhelming and convincing evidence for the reality of Tesla's high efficiency, low cost wireless power transmission. Following in the footsteps of the editor's first book in the series, Harnessing the Wheelwork of Nature, Dr. Tom Valone's book chronologically traces the original intention that Nikola Tesla had for his wireless electricity and how he updated and expanded upon it later on, with reprints of his key articles, to the recent genius engineers and physicists who are now finally bringing this last and most elusive, highly advanced Tesla technology into reality. The Corum article (along with the Peterson article) on the Zenneck wave transmission experiments culminates the viewpoints of all of the book's contributors. Its purposeful placement as the last chapter of the book, is because this exclusive article publication is a major scientific breakthrough, as testified by the book's endorsement from Brigadier General Michael Miller, and foretells the understandable, visionary road to the corporate formation of wireless power utilities. Furthermore, this is the first and only book in the world which explains how an electromagnetic wave traveling across the electrically conductive surface of the earth, was predicted by Tesla and Zenneck (two pictures in the book show them together on pages 74 and 381) and why it is the essential missing link of any Tesla wireless transmission theory. Many of the contributors also nicely explain the "surface wave phenomenon" as well as "resonant earth-ionosphere" modes of electrical transmission without wires that compliments the surface wave theory and experiment. Nikola Tesla's Electricity Unplugged therefore is a treasure compared to any other Tesla reference book currently in print, since it is jam-packed with personal stories of Tesla, such as one reprinted from the prestigious Smithsonian magazine, along with great illustrated slideshows adapted for the book format, the "secret" history of Tesla's wireless, the real Tesla electric car, high Q resonant power transfer examples being used today by Qualcomm, "Tesla unplugged" explained in an easy-to-understand presentation by a Brookhaven National Lab scientist, wireless electricity article based on scalar waves, even including a couple amazing rigorous equation articles with wireless solutions for the tech audience, a unique and evocative Foreword by Nikola Tesla's last living direct descendant, all presented in a 457-page paperback book, suitable as a college or high school reader, or simply as an eye-opening, optimistic window onto the electrical genius regarded as the "Master of Lightning," with a priceless collection of nineteen (19) contributors not available anywhere else.

Do you have questions about The Fantastic Inventions of Nikola Tesla?

Log in to ask questions about The Fantastic Inventions of Nikola Tesla publicly or anonymously.